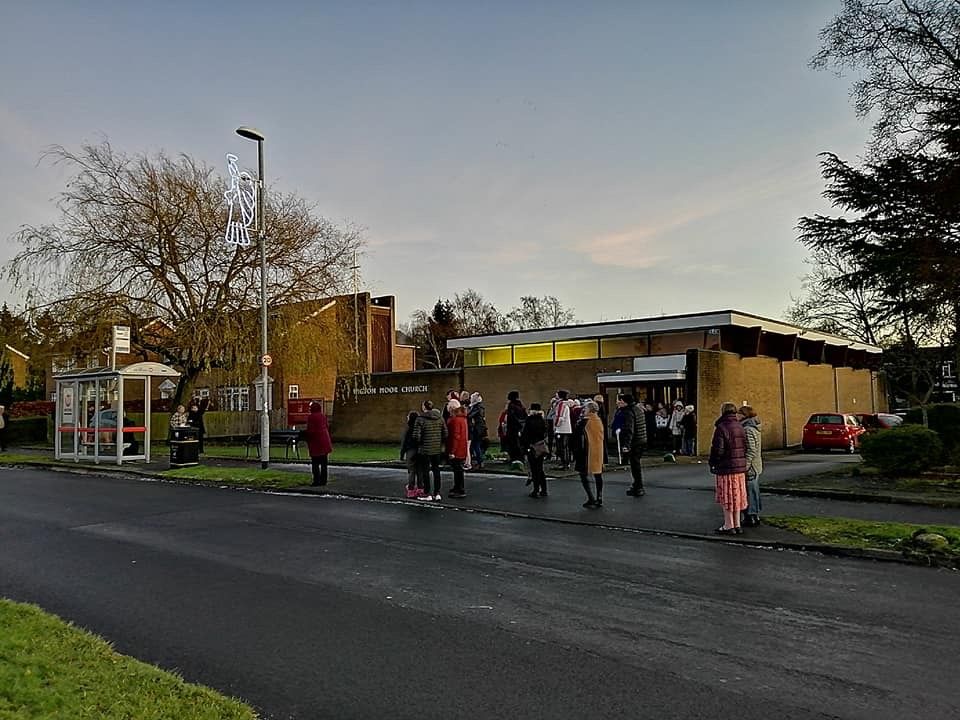 In the early 1960s a space was left on the plans of the High Ash estate for a Church or community building.The original plan was for the Church to be combined with a Synagogue to be built immediately adjacent, but the United Hebrew Congregation withdrew at an early stage.The initial purchase of land cost £3,500 and the first phase of the building £19,500.

This was largely financed by the proceeds of the sale, in the 1950s, of the inner city Belgrave Church. The Church opened as a combined Congregational and Presbyterian congregation in 1967.Wigton Moor United Reformed Church, as it became in 1972, celebrated its 50th anniversary in 2017.It stands at the centre of a 1960s housing estate and has (unkindly) been likened to a fire station in design! However, what it lacks in architectural interest is made up for by the warmth of its welcome and the sincerity of the faith of its church family. We currently have a building project and fundraising activity which will address some of the key shortcomings of the building and its facilities - see ‘Building Project and Fundraising’.Whilst the outside of the building may be dour and off-putting, the church itself has a lovely atmosphere which is always remarked upon by those visiting for the first time. We are always delighted to welcome visitors to see and use our church.